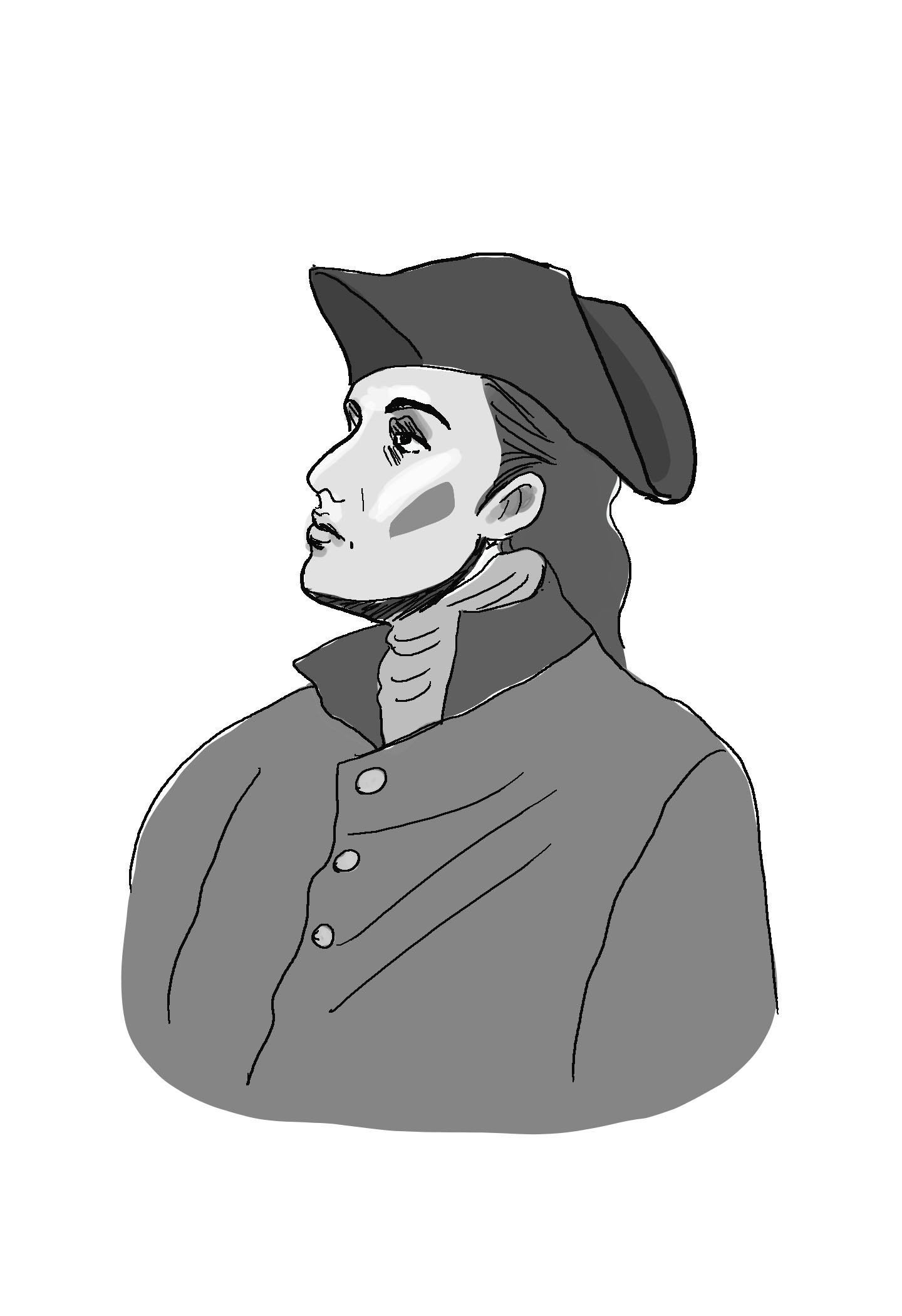 What our world needs today is not to see more gimmicks or even a good production to appease the masses. They need to see a sincere desire of the pursuit of God. This is the pursuit of holiness and it is attractive when it is genuine. We need more men and women who desire to please God and let that be their example instead of something flashy or what looks good on the screen, such as celebrity Christianity. We need the example of men and women who desire purity and who are displaying what it looks like to be the bride of Christ, to be set apart from the world. We need the example of what it looks like to hate sin and to love God.
Though David Brainerd’s life was short, only 29 years, his legacy and impact are huge. He stands out as a world changer. His life was one that was hard but attractive and real. His life had struggles and joys. His life was not easy for him yet he had true joy in Christ despite the hardships. David Brainerd is a world changer; he left the example of what it looks like to pursue holiness.
Brainerd was born on April 20, 1718, in Haddam, Connecticut and died of tuberculosis in the home of the great theologian pastor Jonathan Edwards. He lost his father when he was nine years old and a few years later, when he was 14, he lost his mother. We see God’s hand upon him through tragedy. We see the weight of the world and circumstances that impacted this sickly boy.
He grew up in a religious environment but did not have a relationship with God until the Great Awakening made an impact by the preaching of George Whitefield at Yale, where he attended college. The impact was so great on the campus that many young people were converted and were being used by the Lord.
David Brainerd was an excellent student despite having to leave school for a long period of time due to illnesses such as the measles and another time at the age of 22 when (it is speculated) his tuberculosis began.
He was top of his class but was expelled from Yale because he made a comment about a professor and his lack of salvation. Though this devastated him, God had other plans and David would become a missionary to Indians that were in Delaware and Massachusetts from 1742 to 1747.
He was a successful missionary; he worked on translating some of the Psalms, learning the language, and gathering a growing assembly of 130 Indians on Sundays.
It is amazing that someone who was struggling with a severe disease such as tuberculosis could endure the elements of New England during the 18th century, where travel was not easy, all to be spent for the cause of the gospel.
He then connected with Jonathan Edwards and stayed at his house due to his illness, where he would eventually die in 1747.
Though his life was short, his impact was great. If it were not for Jonathan Edwards taking David Brainerd’s Diary, we would not know much of this man today. Some have stated that Jonathan Edwards’ greatest work is The Life and Diary of David Brainerd because it was quickly a bestseller and would be Edward’s most popular piece.
This book has been used to impact so many in the mission field. It has cultivated in the hearts of so many to live a life pleasing to God. His impact was not just with the Indians of his day but with so many since his death, to this present day. The father of modern missions, William Carey, looked at David’s journal as way to fan his flame.

We can learn from his life to view struggles in light of who God is.

David Brainerd suffered from illness most of his life. Though he could have used his sickness as way of complaint, he viewed God as sovereign and moved through his pain and sickness.
His desire reveals struggles but, in light of who God is, he was able to persevere through the sickness. He suffered much yet depended on God more. He clung to the promise that we see in the Bible: “But he said to me, ‘My grace is sufficient for you, for my power is made perfect in weakness.’ Therefore, I will boast all the more gladly of my weaknesses, so that the power of Christ may rest upon me” (2 Corinthians 12:9 ESV).
Throughout his journal you can see that sickness and pain were common for David yet he had his eyes on God. He would write on February 18, 1743:

Was exceedingly infirm today, greatly troubled with pain in my head and dizziness, scarcely able to sit up. However, enjoyed something of God in prayer and performed some necessary studies. I exceedingly long to die, and yet, through divine goodness, have felt very willing to live for two or three days past.[1]

What a great example for us to have, that even through sickness and pain we can enjoy sweet fellowship with the Lord by being reminded of who God is. It is not bad to long to be in the presence of the Lord, but as Paul said, “To live is Christ, and to die is gain” (Philippians 1:21)” There is much work to be done!

We also learn that we can have sweet fellowship with God.

Is it possible to have a relationship with the Lord so good and so enjoyable that nothing on this earth can compare? King David was able to enjoy God and that is why he wrote “Oh, taste and see that the Lord is good! Blessed is the man who takes refuge in him!” (Psalm 34:8 ESV). David Brainerd had that type of relationship. He would write in his journal on June 22, 1745:

About noon, rode to the Indians again and, near night, preached to them. Found my body much strengthened and was enabled to speak with abundant plainness and warmth. And the power of God evidently attended the word so that sundry persons were brought under great concern for their souls and made to shed many tears and to wish for Christ to save them. My soul was much refreshed and quickened in my work. And I could not but spend much time with them in order to open both their misery and remedy. This was indeed a sweet afternoon for me. While riding, before I came to the Indians, my spirits were refreshed, and my soul enabled to cry to God almost incessantly for many miles together. In the evening also, I found the consolations of God were not small. I was then willing to live and in some respects desirous of it, that I might do something for the dear kingdom of Christ, and yet death appeared pleasant, so that I was in some measure in a strait between two, having a desire to depart. I am often weary of this world and want to leave it on that account. But it is desirable to be drawn, rather than driven, out of it.[2]

What sweet time that he had with the Lord and what a reminder that we too can have the same relationship with God because of what Jesus has done for us on the cross. His life and desire to please God and to know God stands as testimony for me and so many others to strive to love God this way.

He desired and sought after holiness above all else.

Spent much time alone. My soul longed to be holy and reached after God but seemed not to obtain my desire. I hungered and thirsted but was not refreshed and satisfied. My soul hung on God as my only portion. Oh, that I could grow in grace more abundantly every day![3]

David took great pains to be aware of his sinful state and his dependency upon God’s grace because he knew holiness was important. There are many entries by David where he would spend time quietly before the Lord or go on walks in the evening as he contemplated his natural state in comparison to God and His holiness. What a great reminder of where our investment of time should be. We are stewards of it. Though David Brainerd did not have much time on earth, he was a steward of what was given him.
David Brainerd is a world changer by his testimony that has been left behind for us to read. Let me encourage you to pick up a copy of The Life and Diary of David Brainerd edited by Jonathan Edwards. You will be greatly blessed and learn about the closeness that one can have with the Lord.
[1] Benge, Dustin W. Sweetly Set on God: The Piety of David Brainerd. Pg. 78.
[2] IBID. PG. 125-126.
[3] IBID. Pg. 56