The Gate is Narrow and the Road is Hard 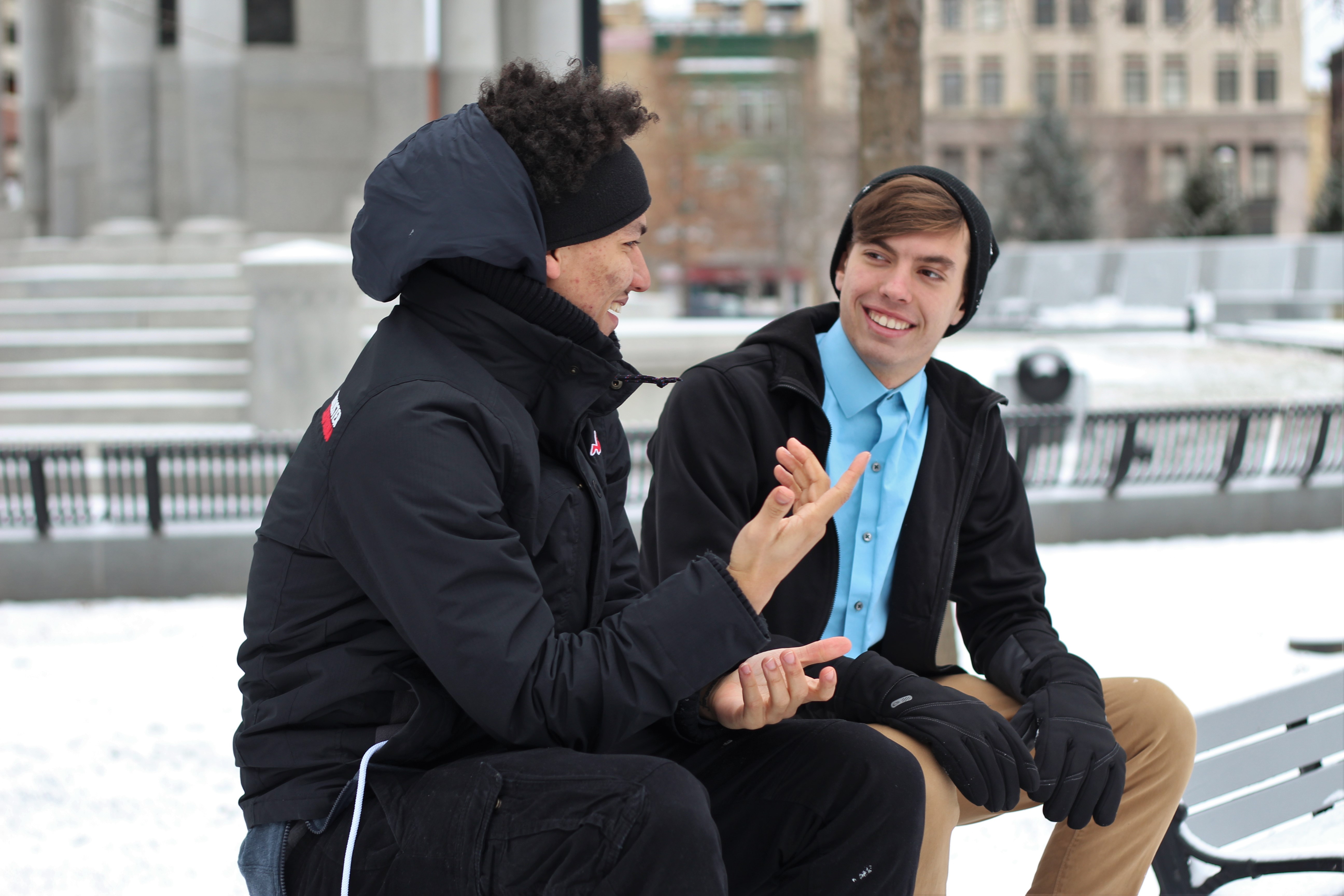 The other day I met a gentleman for coffee who was interested in serving in ministry. I wanted to hear a little about himself and his heart in ministry. I left that conversation excited about ministry, desiring to reach the next generation, and realizing that time is precious. It was one of those conversations that I walked away thankful for men like the one I just talked with.
END_OF_DOCUMENT_TOKEN_TO_BE_REPLACED

“He is no fool who gives what he cannot keep to gain that which he cannot lose,” wrote Jim Elliot as a college student in his journal in 1949. These words were deeply seated in his heart. He did not just write a pithy phrase; he believed what he wrote and was willing to live and die by these words. These same words have also encouraged and inspired so many other men and women for the cause of Christ.

“He is no fool who gives what he cannot keep to gain that which he cannot lose.”

Jim Elliot lived to be 28 years old, a life the world would call short-lived and wasted. That would be farthest from the truth. Jim Elliot’s life, though short, was not wasted. God, who directed Jim every step of the way, would direct him to serve the people in Ecuador. God directed Jim and fellow missionaries in taking the dangerous journey to a native Indian tribe that had the potential to be violent. They boarded a plane and landed on a beach head to make contact with this Indian group. It was the end of Jim’s life as he and the fellow missionaries, Nate Saint, Ed McCully, Pete Fleming, and Roger Youderian, were killed at the hands of the Huaorani people of Ecuador, whom they went to win for Christ. It may have been the end of their life on earth but it was the beginning of God’s grace and outpouring on that people group.
The world called it a nightmare, a tragedy, wasted life, but what the world did not know was that through tragedy, God does great and mighty things. Jim’s wife, Elisabeth, who would share Jim’s story with the world, said, “To the world at large this was a sad waste of five young lives. But…the Auca story…during all the years since as I have recounted it…has pointed to one thing: God is God. If He is God, He is worthy of my worship and my service. I will find rest nowhere but in His will, and that will is infinitely, immeasurably, unspeakably beyond my largest notions of what He is up to.” Through Jim’s death and Elisabeth’s faithfulness despite tragedy, God would use Elisabeth Elliot to minister to the same tribe that killed her husband. The murderous tribe would become a tribe of forgiven men and women who looked to Jesus Christ as Lord and Savior.
Jim Elliot is a world changer as he shows us God uses those who are willing to be spent for Him. Jesus said, “Whoever would save his life will lose it, but whoever loses his life, for my sake will find it (Matthew 16:25 ESV).” He was willing to lose it.
Jim Elliot was born in 1927 in Portland, Oregon, in a God-fearing family. He, at a young age, desired to follow Christ and live for Him. Where we see a lot of spiritual development is when he went to college.
Within the first two years at Wheaton College is when he realized that he was called to be a missionary. The Great Commission was directed at him. His black journal that he would carry around in college, which later would be found on the beach of the Curaray River where his body was found, was filled with sermon notes in different languages such as Spanish, English, and Quechua. He had notes on the Auca language, and several pages of mission statistics. It contained several hundred names of people that Jim was praying for and he even had a recipe on how to make a bar of soap as if he was preparing for the pioneer life of mission work.[1]
This was a commitment that he was willing to stick with. He was so passionate about mission work that he hitchhiked during one of his summers to Mexico to visit a friend’s parents who were missionaries. There he was amazed and in love with mission work. This confirmed his calling by the Lord.
Jim would graduate from college, where he took the time to prepare for the mission field of Ecuador. He was not idle and spent his time preparing properly.
The story of Jim and Elisabeth Elliot is quite remarkable and could be another article in and of itself. They met in college and were quite good friends. Yes, Jim was interested in her but he took his time to know what exactly was the will of the Lord for their relationship. They both had the same desire: to reach the lost in Ecuador. They would eventually be married in Ecuador where the Lord directed both of them serve.

He had a strong focus on his calling.

Jim Elliot was very mature for his age and what helped in his maturity was his focus and confidence in his calling. Jim would write in his journal,

“Men who live and never understand what they were created for may be said indeed to be ‘dead,’ As the Scriptures say, ‘Where there is no vision, the people perish.’”[2]

This means the decisions of what classes and even his extracurricular classes were made with this objective view in mind. He would have this single-focus vision as he spent his free time and studied Scripture and prepared his body for mission work.
We can learn how important it is to have a strong focus in our lives. We can easily get distracted from the things of this world. He wrote how important it is to have quietness to help with determined focus.

“‘And the work of righteousness shall be peace, and the effect of righteousness quietness and assurance forever (Isaiah 32:17).’ ‘In quietness and in confidence shall be your strength.’ I think the devil has made it his business to monopolize on three elements: noise, hurry, crowds.…But he will not allow quietness. For he believes Isaiah where we do not. Satan is quite aware of the power of silence. The voice of God, though persistent, is soft.”[3]

It is easy to get distracted with the busyness of this world. If the devil can’t have you, he will distract you. Christians should have a singular focus, and that is making disciples of all nations (Matthew 28:19).

At age 20, he said somewhat prophetically, “I seek not a long life but a full one, like you, Lord Jesus.”[4] He may not have known that the Lord would call him home at the age of 28, but he did desire to live a full and faithful life to the Lord.
He knew in Scripture it shares that obedience to follow after Christ can be costly, but it is worth it. He would write out 2 Timothy 2:4: “No man that warreth entangleth himself with the affairs of this life; that he may please him who hath chosen him to be a soldier.”[5]
Jim Elliot is a world changer as he was willing to count the cost and take the risk, which cost him his life, to seek the lost and share Jesus with them. Through his death and the death of his fellow missionaries, we see that God did not waste their deaths. Many were saved by faith through God’s grace. We may not even know the extent of their impact as their story continues to be shared to the world. May we be like Jim and say, “He is no fool who gives what he cannot keep to gain that which he cannot lose.”

What our world needs today is not to see more gimmicks or even a good production to appease the masses. They need to see a sincere desire of the pursuit of God. This is the pursuit of holiness and it is attractive when it is genuine. We need more men and women who desire to please God and let that be their example instead of something flashy or what looks good on the screen, such as celebrity Christianity. We need the example of men and women who desire purity and who are displaying what it looks like to be the bride of Christ, to be set apart from the world. We need the example of what it looks like to hate sin and to love God.
END_OF_DOCUMENT_TOKEN_TO_BE_REPLACED