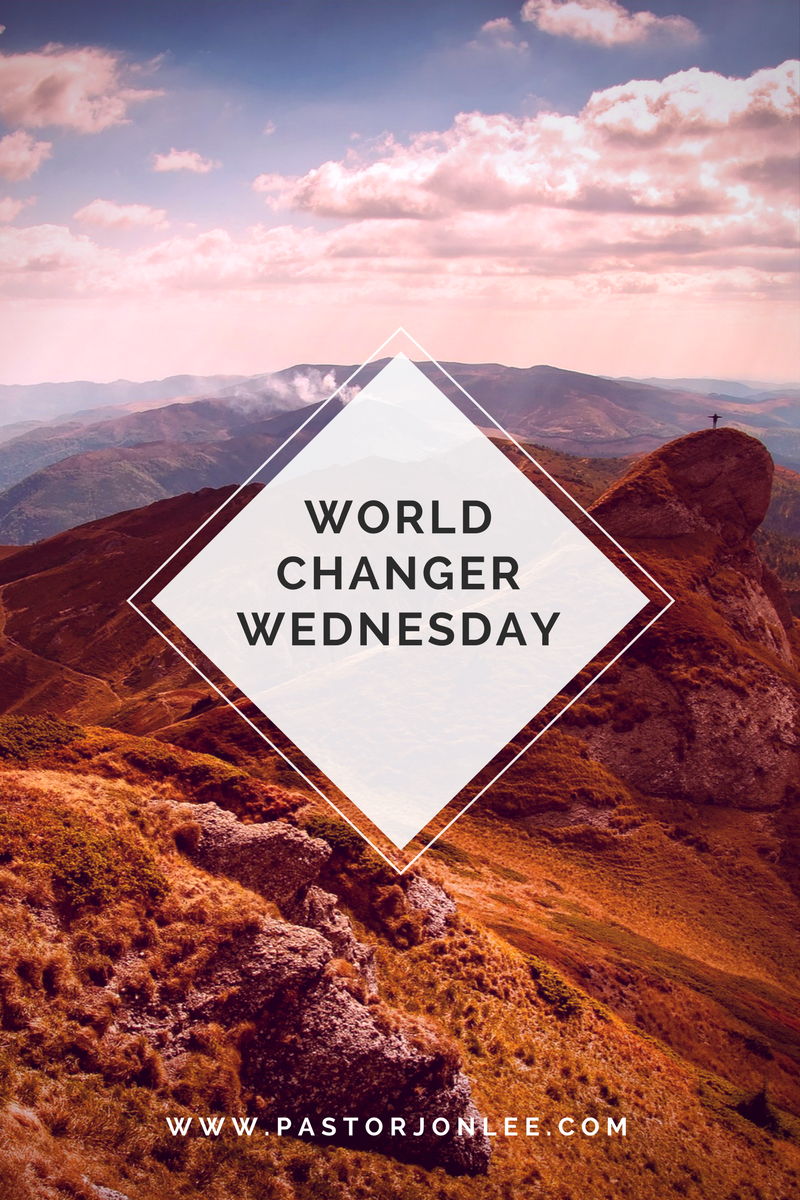 Every generation seems to have that person who stands out more than the rest. For the early twentieth century, it would seem that person is A. W. Tozer. The Bible gives us a brief story about a man named Enoch. Not much is known about him other than a few verses in the Bible. His life is summed up this way: “Enoch walked with God, and he was not, for God took him” (Genesis 5:24). Though Tozer did not leave this earth like Enoch, we can summarize his life the same way. Tozer walked with God, pursued after God, and then went home to be with God.
Tozer was a pastor, author, editor of The Alliance Witness Magazine, conference speaker, and one who walked with God and knew Him intimately.
One may not agree with everything that Tozer said on such things like Christians and the movies, or music styles in the church, but one cannot overlook the impact that Tozer has left on the world from his personal account that he shared of pursuing after God. He is a world changer not only because he was an American pastor who was a successful writer, but by his devotional writing which has changed the hearts and minds of so many people to desire God.
He was not only a gifted writer but also an ordained speaker. Warren Wiersbe, who heard Tozer preach, said, “To listen to Tozer preach was as safe as opening the door of a blast furnace.” He was a man in a whole different league when it came to his relationship with God.[1] Leonard Ravenhill said, “To enter into Dr. Tozer’s presence was an awe-inspiring event.”[2]
Another colleague, William F. Bryan, said, “I consider Dr. Tozer the most remarkable man of God that I have known personally. In my opinion, his greatest gifts were prophetic insight regarding biblical truth and the nature and state of the evangelical church of his generation. He was respected highly even by those that considered him severe and aloof; but to those who knew him, he was gracious and kind. I believe he was a lonely man, as many great men of God have been.”[3]
W. Tozer wrote prophetically in regard to the Christian community in the Western world. For example, in The Pursuit of God he wrote,

“The world is perishing for lack of the knowledge of God and the Church is famishing for want of His Presence.”

Discerning that modern Christianity was sailing through dense fog, he pointed out the rocks on which it could flounder if it continued its course.[4]

What stood out for Tozer to be able to be so close to God?

Aiden Wilson Tozer was born in 1897 into a small farming community in Pennsylvania.
God allowed Tozer to be effective for 44 years of ministry and out of those 44 years, 31 years he served as pastor of Southside Alliance Church in Chicago, though he had no formal theological training. He would be known not just as a key figure in the Christian and Missionary Alliance Church but a national figure for his writings and Tozergrams (pithy sayings gleaned from Tozer’s pulpit ministry or from his hours in his study).[5]
He and his wife Ada had seven children. They lived a very modest life; he and Ada never owned a car while they were married. He usually requested that his pastoral salary be lower than what was being offered as he trusted the Lord in their provision. Even when he became more well known, he signed away most of his book royalties.
Probably out of the 40-plus writings attributed to him, his best-known work is the Pursuit of God. The book came about from a God-inspired night as he rode a train from Chicago to Texas. The story is recounted by his friend:

“He was invited to speak at McAllen, Texas, and he thought on the long ride down there that he would write on this book. He boarded the train—the old Pullman train—at LaSalle Street Station in Chicago—the days when you would pull the curtain on the roommette and he would be all alone. Well, he asked for a little writing table, which the porter brought him and he started to write. Along about nine o’clock the porter knocked on the side of the door and said, ‘Friend, this is the last call for dinner—would you want something to eat?’ And he said, ‘Bring me some toast and some tea,’ which he did. [Tozer] kept on writing, all night long, this thing coming as fast to his heart as he could write, and when they pulled into the station, about 7:30 the next morning, at McAllen, Texas, that book was finished and all he had in front of him was just the Bible.”[6]

If anyone could be an expert at pursuing God, Tozer would be among the closest. We can learn from Tozer that we too can pursue God—just like Moses, who was close to God, still desired more of God by asking to see His glory (Exodus 33). Tozer wrote, “We pursue God because, and only because, He has first put an urge within us that spurs us to the pursuit.”[7] When you think about this truth, you can’t help but want the spark in your life to seek God and all His goodness. What a desire it is for the man or woman of God to taste and see that the Lord is good! Once you do, you don’t want to stop; it is in God that one is completely satisfied.
Tozer knew the nearness of God, as he would write,

“We need never shout across the spaces to an absent God. He is nearer than our own soul, closer than our most secret thoughts.”[8]

He wanted to share this with other believers. We have the nearness of God and we can pursue after Him in a deep relationship. He showed that it is possible to be close with God and how sweet that closeness can be.
Tozer remained faithful to his calling and was able to finally go home to be with the Lord in 1963.

He Was a Man of Prayer

What stands out about Tozer more than his contributions to the devotional life of the believer is the way he prayed. Tozer would say, “As a man prays, so is he.” His entire ministry of preaching and writing flowed out of fervent prayer. What he discovered in prayer soon found expression in sermons, articles, editorials, and books.[9]
Biographer Dr. David J. Fant Jr. said, “Tozer literally wrote The Pursuit of God [while] on his knees. Perhaps that explains its power and the blessing that has rested on it.”[10]
Tozer was known for not only his prayer life but how he prayed. Much of the battle was on his knees. He even had a pair of trousers that he kept in his office to pray in so he would not wear out the knees of his other pants. The story goes,

“Although [Tozer] never boasted about his devotional habits, those few who knew him well knew that the angular man with little formal schooling learned much about his Lord and his God in the secret place. Tozer spent incalculable hours in prayer. Most of his prolonged prayer time—with his Bible and hymnals as his only companions—took place in his church office on the back side of the second floor. He would carefully hang up his suit trousers and don his sweater and raggedy old ‘prayer pants’ and sit for a while on his ancient office couch. After a time his spirit would drift into another realm. In time, he would abandon the couch, get on his knees, and eventually lie face down on the floor, singing praises to the Lion of the Tribe of Judah.”[11]

For all those that knew Tozer, this was not some religious ritual. He had a close relationship with his Savior and this was how he engaged with the Lord.
Through the example of Tozer, we can learn that not only is there power in prayer but it is in our prayer time that we have sweet fellowship with the Lord. We are told to “be still and know that I am God” (Psalm 46:10). That happens when we spend time with the Lord in seeking after Him. We live in a very distracting time of life; that is why we must guard our time and have these moments of prayer like Tozer to see who God is and allow Him to reveal Himself to us.
Recommended Reading:
A Passion for God: The Spiritual Journey of A. W. Tozer by Lyle Dorsett
The Pursuit of God by A. W Tozer
The Knowledge of the Holy by A. W. Tozer

2 Replies to “The Pursuit of God”