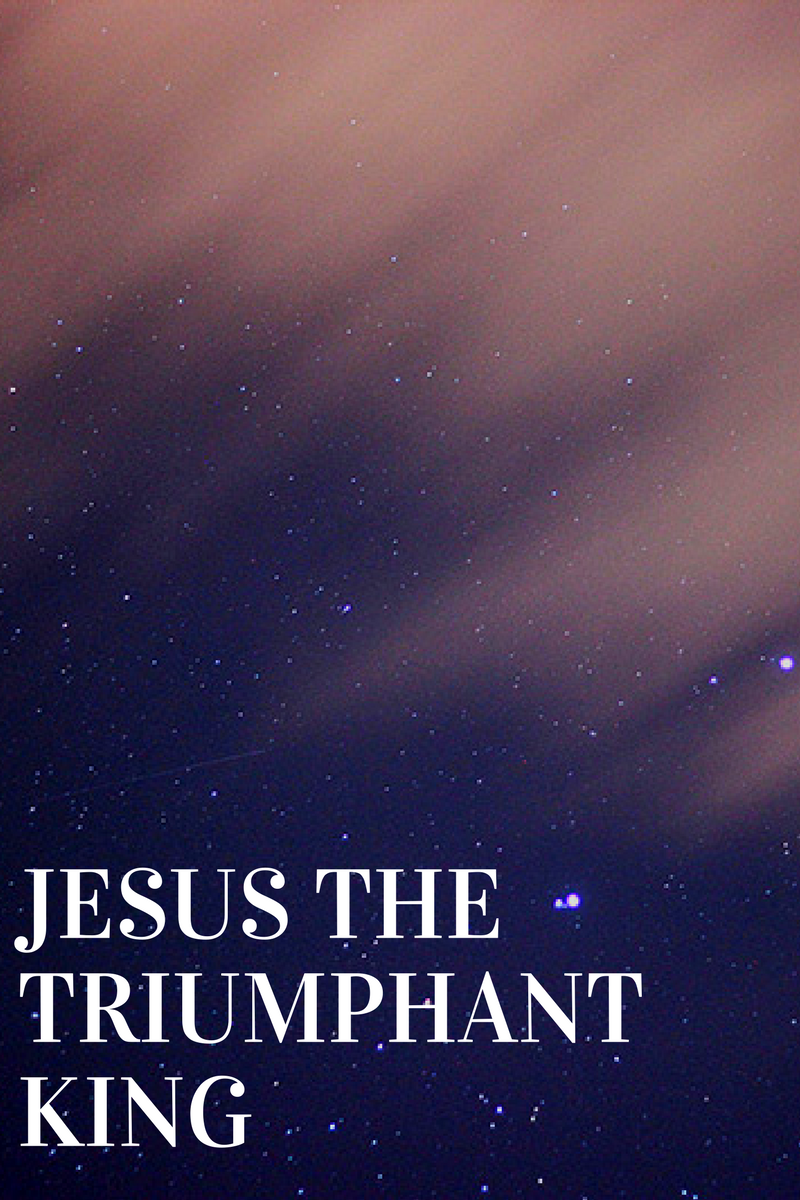 It is Palm Sunday and we can go through the traditional mindset of Passion Week. But, let us not treat Palm Sunday like an event on rotation on the calendar. This event in history is huge. It was prophesied many many years before Christ and of  the Old Testament prophet Zechariah prophesied by saying,

“Rejoice greatly, O daughter of Zion! Shout aloud, O daughter of Jerusalem! Behold, your king is coming to you; righteous and having salvation is he, humble and mounted on a donkey, on a colt, the foul of a donkey (Zechariah 9:9 ESV).”

Zechariah was writing of what we read Jesus did to fulfill this prophecy as he entered into Jerusalem at the beginning of passion week, riding on a colt as the Triumphant King.
The multitude was placing their coats and palm branches along the way. The crowd was shouting with praise, “Hosanna to the Son of David! Blessed is he who comes in the name of the Lord! Hosanna in the highest!”
The word Hosanna is not a cry for help, it is more is a shout of hope! “Hosanna!” means, “Hooray for salvation! It’s coming! It’s here! Salvation! Salvation!”
What a picture! Jesus was being treated as a victorious king coming home. This had some meaning culturally. This is symbolic in so many ways. But, we also know, this fickle crowd shouting praise would soon be shouting, “Crucify Him!” This road was full of the multitudes, but soon Jesus would be abandoned.
The crowd thought that Jesus was coming as the triumphant king of an earthly kingdom, but Jesus is the triumphant King for all eternity. As he entered Jerusalem, he came ready to conquer sin and death, which He did on the cross for you and me. We can stand and agree with Paul, who said, “‘O death, where is your victory? O death, where is your sting?’ The sting of death is sin, and the power of sin is the law. But thanks be to God, who gives us the victory through our Lord Jesus Christ” (1 Corinthians 15:55–57 ESV).
As we think about this Palm Sunday, let us remember what was a stake for our Savior. He knew as he was walking into Jerusalem what would take place. We know that our hope is solely in Christ. Our salvation is in him alone. Our faith is in him alone.
Let us reflect on what this week means as we see how costly and serious our sin is and rejoice in the great work of Jesus through his life, death, and resurrection.  Jesus is our triumphant King over sin and death. He has made it for us to be reconciled us with the Father. He has made it so we have the everlasting hope in Christ.